Mikol and Gerrit asked me go to the Stadium of Fire with them on 3 July. It was very fun. Lou Diamond Phillips was the MC, the Five Browns played a John Williams medley, the Osmond's Second Generation sang, and Carrie Underwood was the main act. The fireworks were great and the weather was perfect. The sponsors gave a discount to military and their family and even had the show broadcast to various bases through the Armed Forces Network(?).

Since it is also the 100 year anniversary of the Boy Scouts of America there was a Court of Honor for 261 Boy Scouts. The gentleman that opened the court of honor is 98 years old and I believe he is also an Eagle Scout. It was awesome to be there for all of that. The men who did the flyover were all scouts and three of them are Eagle Scouts, as well. 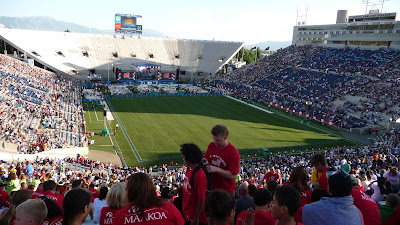 We were sitting at the north end of the field. The fireworks were set up on the south side on the bleachers. 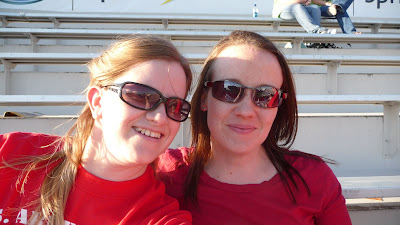 Gerrit wouldn't get in the picture. I am really grateful that these too are my friends. I love 'em :) 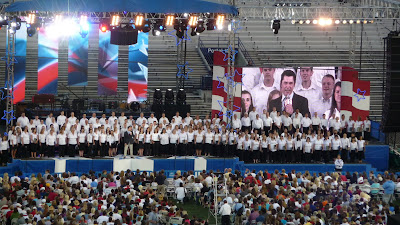 I couldn't zoom in far enough to actually see Lou Diamond Phillips but I got him on the screen. 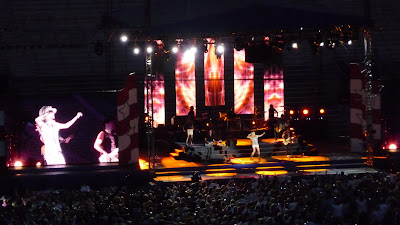 Carrie Underwood was great. Would this be considered the first concert I've been to? 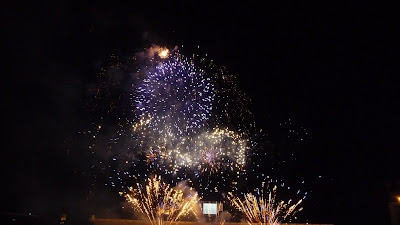 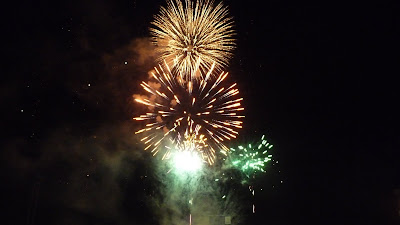 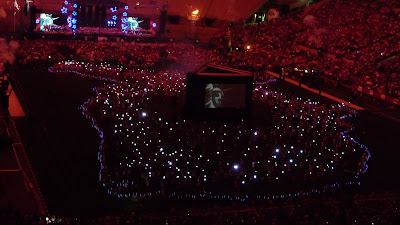 Can you see the shape they were making? You have to imagine you are looking from the right side. The scouts were holding the blue lights and there were a bunch of dancers that were moving the white lights with the music. The red was fireworks that went off just as I was taking the photo. Perfect timing :) I also like that you can see the Statue of Liberty on the screen in the middle of the field. 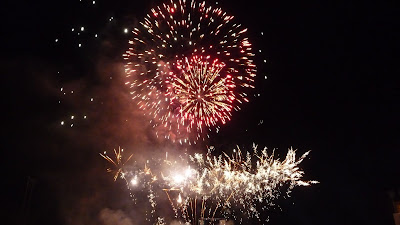 We had a good time. All the music was good. I always get teary when there is a flag ceremony and I cried when we said the Pledge of Allegiance. I am so grateful to all the men and women who have fought and died to give us freedom and to keep us safe. Especially my grandfather, brother, and two good friends including Gerrit. Happy 4 July, 2010!
Posted by :) Shana at 1:45 PM